Book 4: Secrets of the Harper Sisters 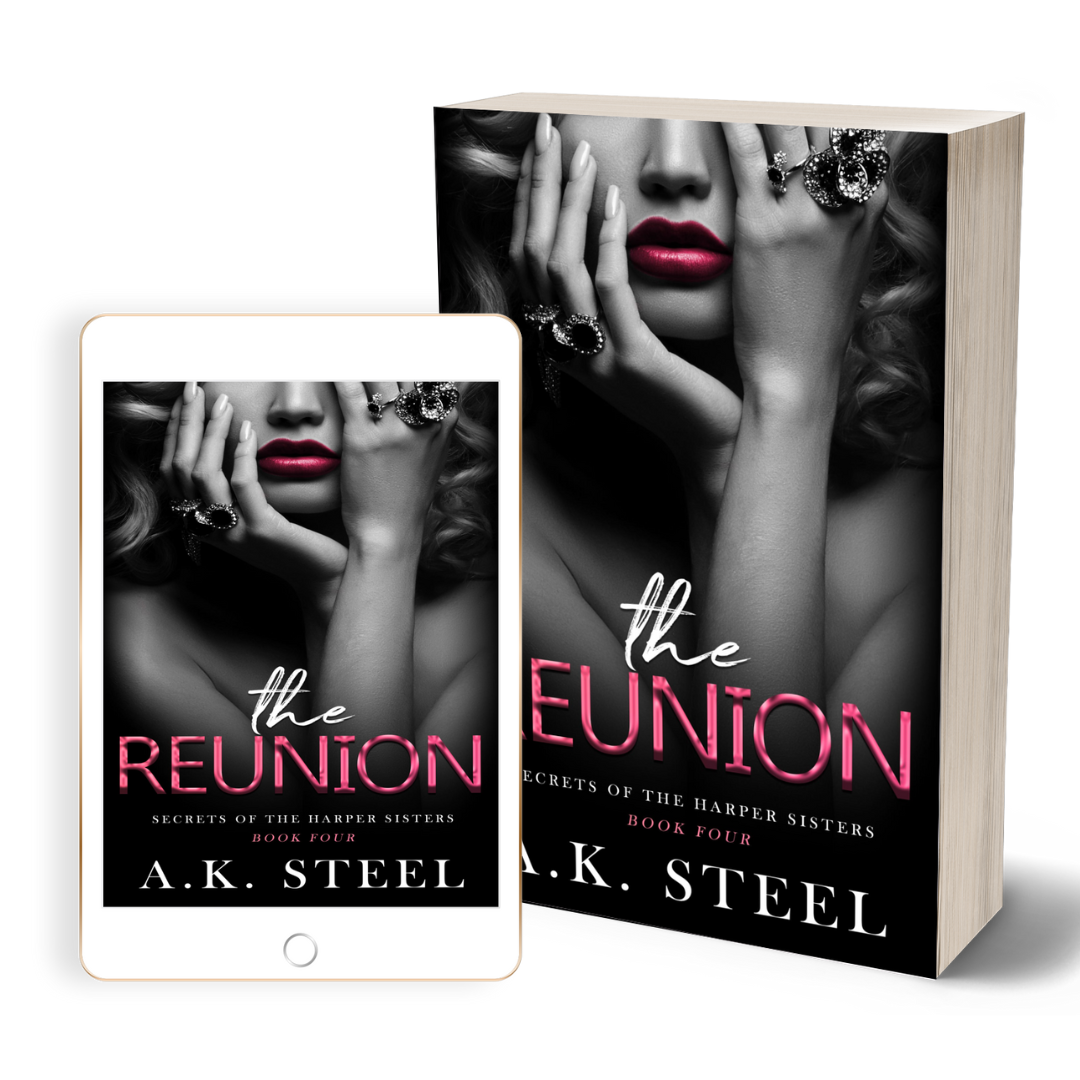 I have one job at my ten-year reunion. To tell my high school boyfriend, Heath Riley, he has a son.

I didn’t keep that secret from him by choice, but the truth is going to kill him just the same.

In so many ways, I’m living my best life, running a fashion house I created and being a single mom to two beautiful children. I have everything I need, but that doesn’t mean I’m not lonely as hell. And sometimes, late at night, I still think of him. The one who got away.

Heath has always been sexy as hell, even before he was frontman for LA’s biggest rock band. When we broke up, it was so he could follow his dreams. At least that’s what I thought.

And when we reconnect at our high school reunion, he wants to make up for lost time and be a family.

It sounds too good to be true. But I have major trust issues I’m not sure I can get past, and he has more going on than he is willing to share.

Can we work out how to fall in love all over again and really be a family? Or will secrets surface, putting an end to our dreams before they have a chance to come true?

We find ourselves in a secluded courtyard of the hotel, with a water fountain to one side and wooden archway with seating to the other. Heath takes a seat astride, with one leg on either side of the bench, and cracks open the bottle and takes a swig. I stand, feeling awkward. Should I sit with him? “Don’t look so frightened. I’m not going to bite, Millie, come sit with me.” He pats the seat in front of him, trying to entice me closer.

I’m being silly. He’s right, it’s just Heath. I know him. I can do this and talk to him. Carefully, I sit next to him in my short dress and cross one ankle of the other. He takes another swig then hands me the bottle.

I check out the label to see what he grabbed. “Tequila? If I drink this, I’ll pass out after a mouthful.” I laugh, shoving the bottle back. I’m not seventeen anymore, he has to be kidding me.

“Since when did you become a lightweight? The Millie I remember would have chugged half the bottle just to prove to me she could.”

And he is correct, she would have; she was fun and up for just about anything. “We got up to so much trouble together, didn’t we?” I smirk just thinking about the times we snuck off together to have a little fun.

“I’m pretty sure your dad hated me and thought I was a bad influence on you. He thought you were his sweet little girl. He had no idea how wild you could be.”

“I was until I met you. You corrupted me.” I laugh, wishing things were still easy like back then. Heath and his friends were so much fun to hang out with. “I’m a different girl now, with responsibilities. I have two kids that will wake me at the crack of dawn, and if I wake up with my head pounding, they don’t care. They’ll jump on my bed till I get up and make them breakfast. And the rest of the day will be a living hell.”

“Live a little, have a drink with an old friend. Just this once.” He bumps my arm, trying to encourage me to join him. “And if you need me to, I’d be happy to come around and make you all breakfast in the morning to make up for it. My head will be just fine.”

I shake my head, knowing I’m going to regret this tomorrow. There is no way he is coming to make us breakfast. But it’s cute that he offered and makes me wish even more I didn’t have to tell him this life-changing secret. “You are such a bad influence on me.” I hold out my hand for the bottle, and he smirks, knowing he’s won. Then I take a swig of the liquid. It burns the whole way down, but something about it brings me back to a time when I enjoyed being reckless. When the two of us got up to no good just for the fun of it. Part of me wishes I could be that girl again for just one night. Have him look at me the way he is for just a little bit longer before he hates me for an eternity.

“You’ve got that all wrong, baby, I’m a good influence on you. I bet you need a night off.”

“You have no idea.” I take another sip, letting the alcohol warm my insides. Maybe this is a good idea. I feel calmer and more my old self already.

“Ha, yeah, I guess I don’t, but I know I need one.” He takes the bottle back, our hands brushing as he does, and he gives me a look I know all too well. He wants me. Why he would want to mess around with me, an aging mom of two, with cellulite, stretch marks, and scars, I have no idea, but this sexy-as-hell rock god does.

He takes another sip, his eyes not leaving me for a second, and I blink back, unable to look away. I want him too. “So, last I heard you got hitched?” His brow furrows when he says it, like the idea disgusts him.

“Yep,” I confirm, still staring into his deep brown eyes, wondering where he’s going with this.

He tilts his head to one side and looks me over. “But you’re not now?”

I take the bottle back from him, having another swig, needing something to ease the uncomfortable feelings talking about my failed marriage causes. “Nope,” I say with a tight smile.

“You’ve got to give me a little more to go off, Millie.” He smiles. “This is like looking for clues.”

I sigh heavily. This is why I didn’t want to come tonight. I don’t want to do the whole tell-my-shitty-story thing. No one asks a girl how her career is going. No, they want to know why she’s not married anymore. “Turns out I married the wrong man. When he finally decided to tell me he was not only in a relationship with another girl but that they had a family together, I decided it was time not to be married anymore. So yeah, I’m divorced before I’m even thirty. Pathetic, right?” I look away from him, already hating the pity I see.

He won’t feel sorry for me for long when I tell him what I have to. “Not at all. Pathetic is not having had anything real from one fling to the next, knowing you’re never going to find what you’re looking for. Least you gave it a try. It wasn’t your fault he was a total douche. Some idiots can’t see a good thing when it’s right in front of them.”

“Is that you? Not able to find what you’re looking for?” I wonder out loud, the alcohol already causing me to be way too honest.

He drops his head, lost in his own thoughts. “Sometimes I think about how different things could have been.” His eyes come back to me, and this time it’s not pity I see, it’s smoldering heat.

My heart races. It’s still there, that crazy chemistry we always had, there is no denying it. I avert my gaze, looking at the sandstone tiles on the ground. Getting lost in his eyes is not a good idea right now. “Hardly. You’re a superstar. There isn’t one person in that room who wouldn’t kill for your life.”

“I’m not saying I don’t enjoy my life. For the most part, anyway.” I glance back at him to find his eyes haven’t left me. And I see him, the real him. Not the superstar that the rest of the word sees but the boy I fell for so long ago, and he’s not happy with his life.

Maybe the absolute life-changing truth bomb I’m about to drop on him won’t be the worst thing ever. If he was happy with his life, it would be worse to turn his world upside down, right? He might even be thrilled to find out he has a son. Or he might hear what I have to say and never want to see me again or have anything to do with Connor. That would break my heart. I have to tell him right now. The tequila churns around in my stomach, making me feel uneasy. I swallow the lump in my throat and go to tell him, but his fingers brush the side of my face ever so softly, and then his hand cups my chin, forcing me to lock eyes with him.

For other books in this series

One thing I always seem to notice, when you read Steel’s books, she is going to make these characters work for their happily ever after and their love life. There will also be some kind of suspense that keeps your heart lodged in your throat as you work through it. It’s the absolute best.

Fantastic and suspenseful the whole way through, THE FEAR was a nonstop read for me. I devoured it. This author penned something so powerful it grabbed my attention from the start and held on up until the very end. I eagerly read it, needing to know what secrets Brandon and Cassie held. I needed to know that what happened in the past wouldn’t happen again. I wanted them to find their happily ever after.

Loved everything about this book and everything that transpired between Brandon and Cassie. Their story even had me dying to know what other stories these amazing secondary characters were eager to tell. In the end she wrote this story to perfection with a romance that never stopped once. It was right there in every turn, no matter how much they both denied it at first. I. Was. Consumed. 5 Stars!

Well @aksteelauthor you’ve done it again!
Cassie and Brandon are everything…. despite what happened.
It was so good to be back with the girls.
Some of the scenes 🥵🥵🥵
And that ending! I have no words. Im excited for the next book.
And that twist. I didn’t see that coming at all. I thought it was a set up! (You know what I mean)
Can’t wait for the boys either 😉
⭐️⭐️⭐️⭐️.5

Cassandra is back in her home town and gets a teaching job at her old high school. Problem, the new football coach is Brandon, the boy who broke her heart. Six years have passed but they both still feel the pull for each other. Cassie tries to fight it, but she’s just hurting herself.
A story of love, forgiveness, following your dreams, and fighting for what you want. 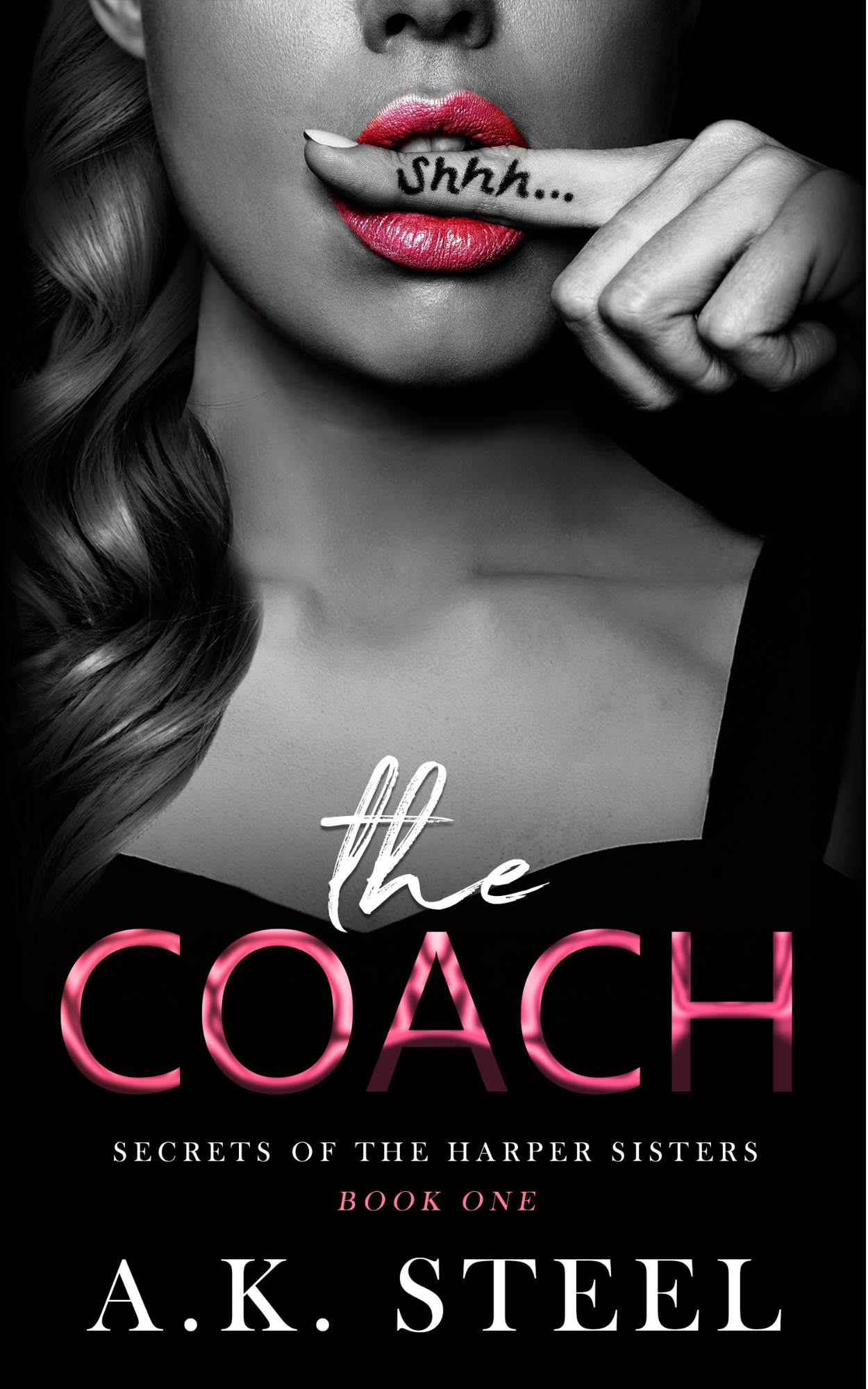 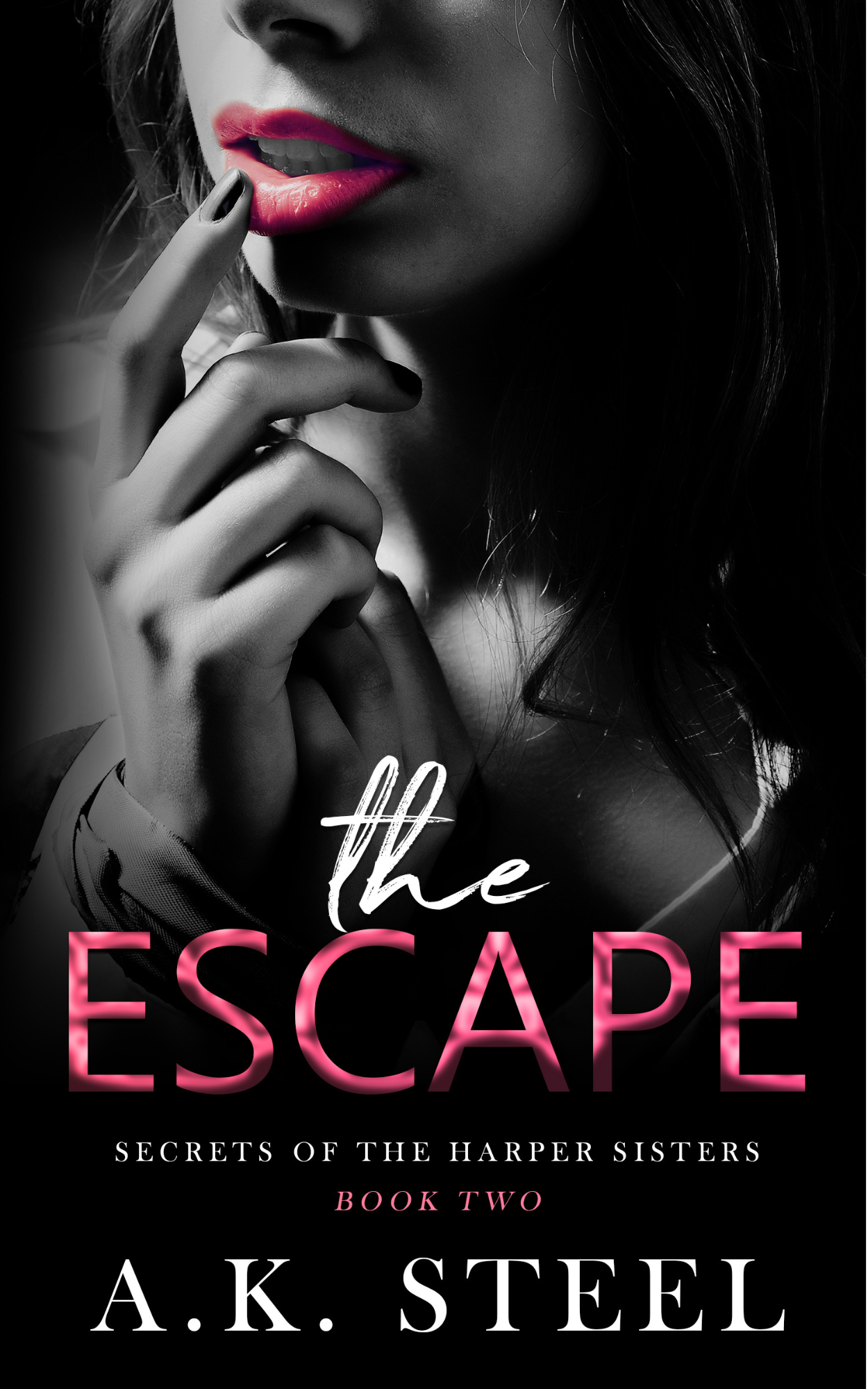 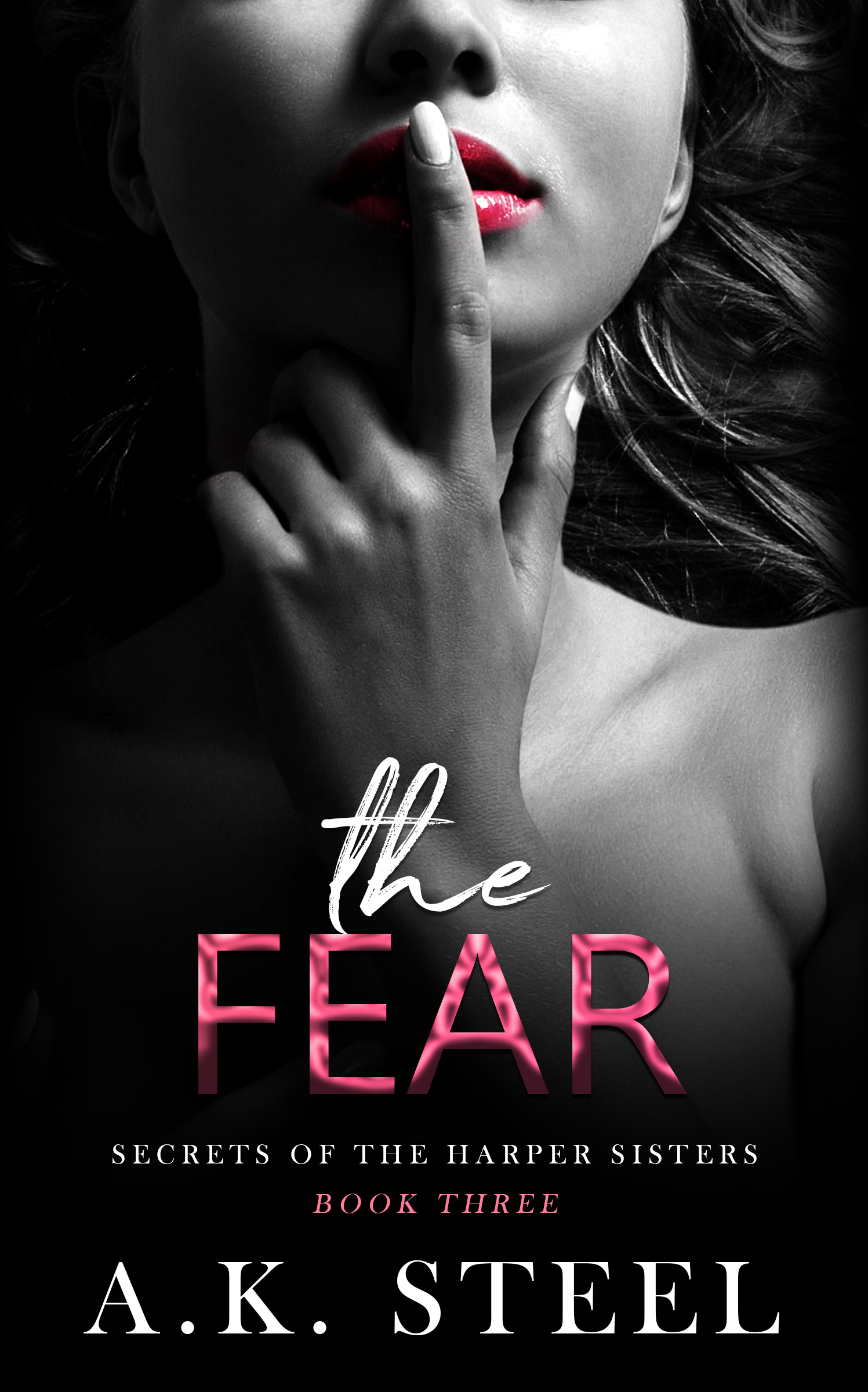 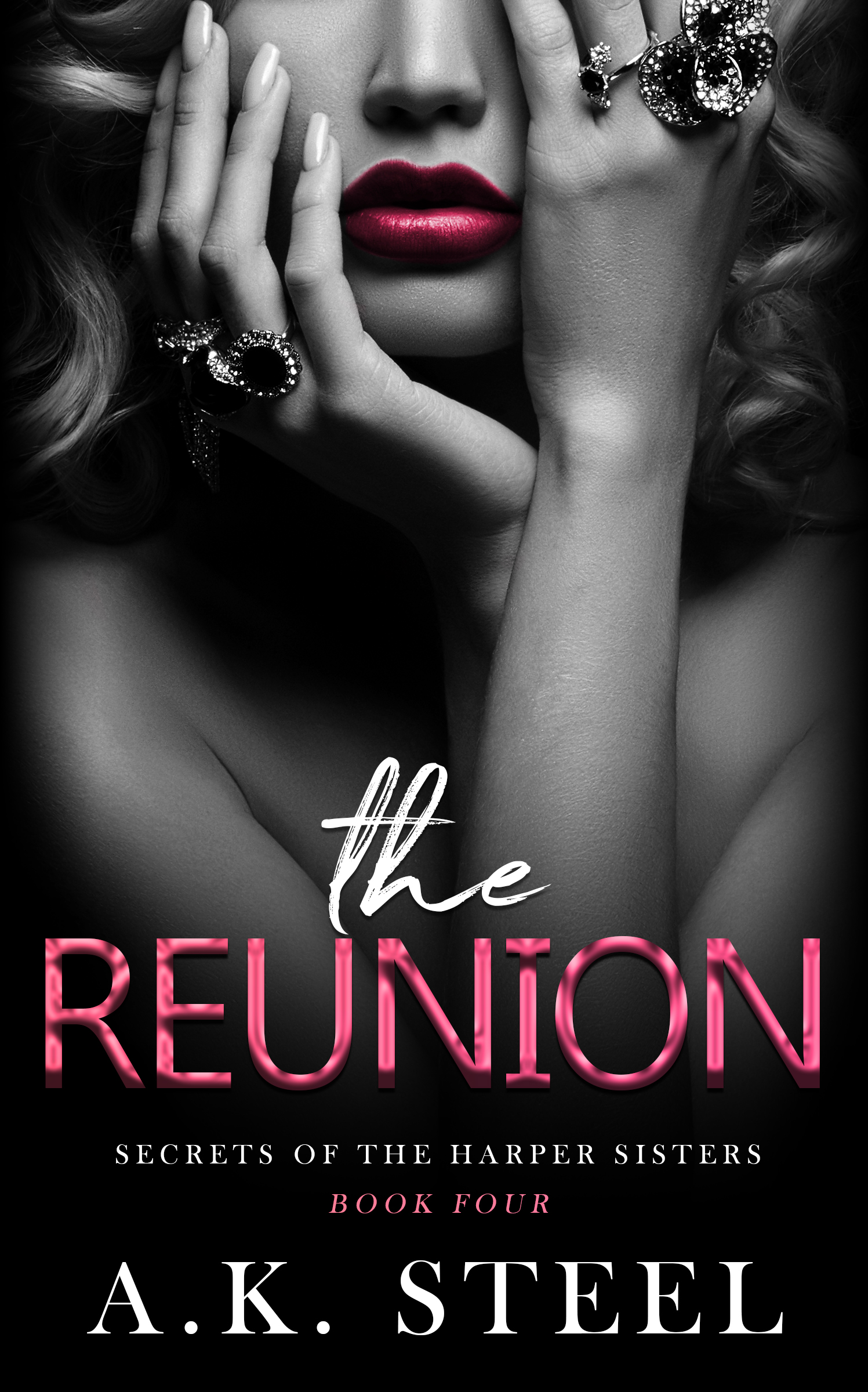 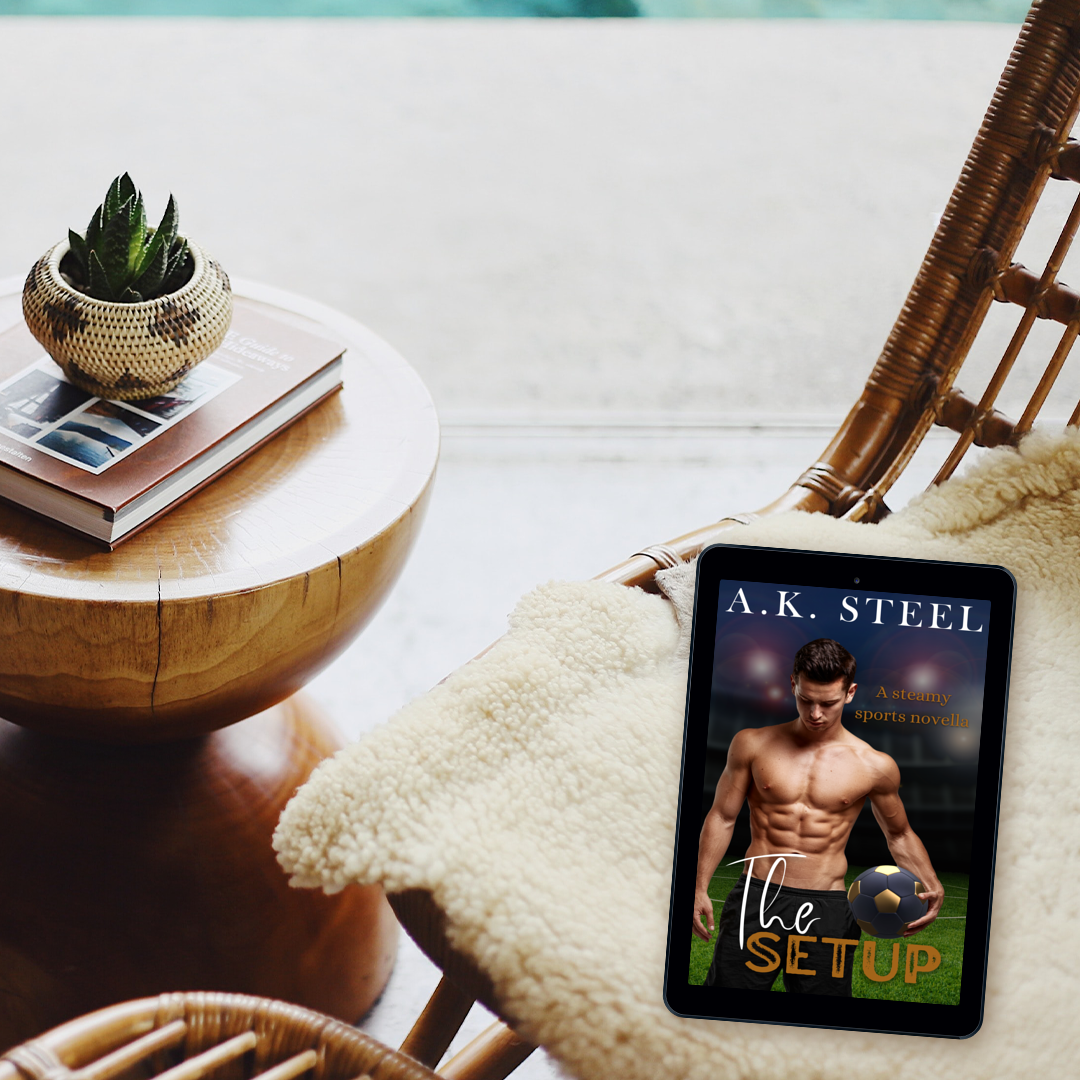